GAME DESIGN: From the SACRED-Archives

I rediscovered about 200 original skribbles, sketches and concept notes from the production for SACRED (1) and my version of the AddOn. Parts of it were used (though they missed to put my name in the later games)... well, bad style.
Anyway, have a look... 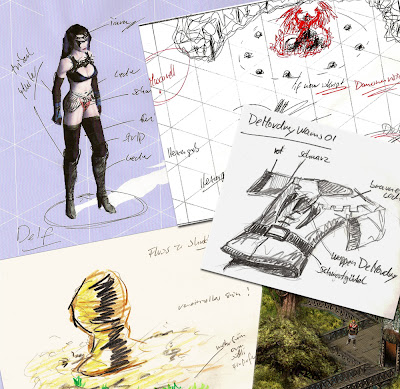 The upper image shows my notes on the connection between the dark seraphim and the dark elves, a level setup and instruction s for the level designer, to create more organic looking environments. Also - to the lower right - you see my concept of how to create the platforms over the treetops, used in the AddOn.
The lower image introduces the dwarf, new areas like the pirate island and the woodelves realm as well as interface optimizations. 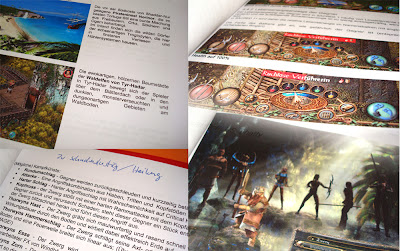 SACRED was important for the concept I am teaching at the MHMK. Due to a lot of experiences I made during that production (well, and lots of others), I realizes that the game designer must have ore rights (and responsibilities). This led to my interpretation of the role of the game designer as GAME DIRECTOR.
Eingestellt von Unknown um 2:45 PM No comments:

By accident I stumbled over some older memorablia from games gone by, among them Wing Commander from 1990. Wing Commander was a title that had a great influence on my professional work and there is even a connection to SACRED.
Which one?
The Intro of SACRED!
Well, during those days you had not a big orchestral score - if you were lucky you had MIDI beeps... very electroni - and so I used to fly to James Horner's STAR TREK VI - The Undiscovered country. 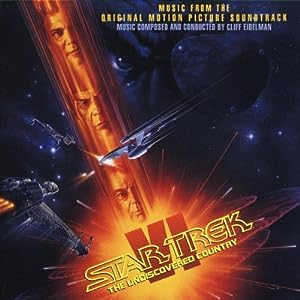 As I played WC for over a year or so (sweet times as a student), I memorized the score completely (we used parts of it later for the editing patterns on Flashback, as well).
Later, when I was redesigning the intro sequence of SACRED, there is a sequence, where the demon walks through the chamber, approaching the magician Shaddar. And immediately I had a pattern of the score in my mind (Enterprise vs. Chang's Bird of Prey) which fitted the pattern of the cinematic sequence.
It became the dummy-version composer Dag Winderlich used for the score he created later.
Eingestellt von Unknown um 1:25 PM No comments:

Back to the roots: Looking for inspiration...

The recent weeks have been quite as I was looking for inspiration. Now I feel that 'the critical mass' will be reached soon and I'll continue with something thrilling.

Right now I am checking OLD IMAGES of mine to see where I started. These have been posted ages ago on elfwood. During that time I had no clue about anatomy etc. Therefore you'll notice that hands and feet are to small... among other things.

Inspired by the Marada comics, this image led to Shareena about 20 years later. Interesting...